Necrotizing fasciitis (NF), also known as flesh-eating disease, is an infection that results in the death of parts of the body’s soft tissue. It is a severe disease of sudden onset that spreads rapidly. Symptoms usually include red or purple skin in the affected area, severe pain, fever, and vomiting. The most commonly affected areas are the limbs and perineum.

ypically, the infection enters the body through a break in the skin such as a cut or burn. Risk factors include poor immune function such as from diabetes or cancer, obesity, alcoholism, intravenous drug use, and peripheral artery disease. It is not typically spread between people.

The disease is classified into four types, depending on the infecting organism. Between 55 and 80% of cases involve more than one type of bacteria. Methicillin-resistant Staphylococcus aureus (MRSA) is involved in up to a third of cases.

Medical imaging is often helpful to confirm the diagnosis. 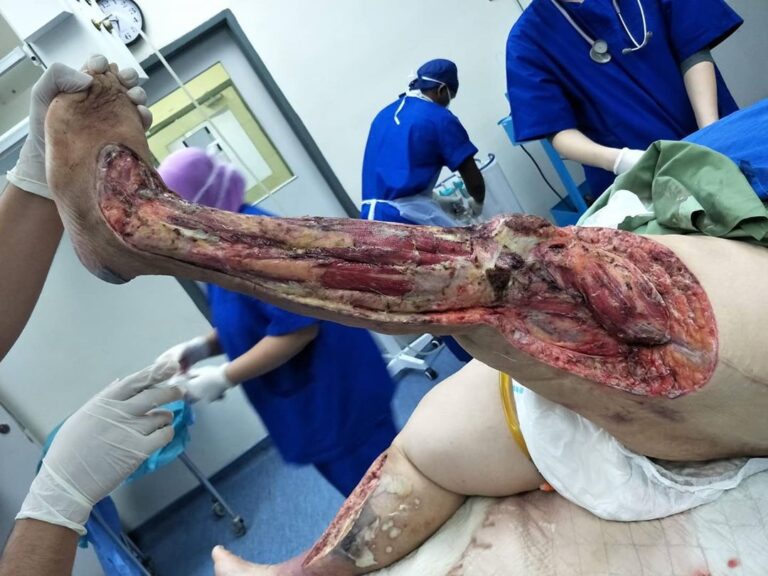