Paroxysmal Atrial Fibrillation: Insight Into the Intimate Mechanisms of Coagulation

Atrial fibrillation (AF) is a hypercoagulable state. However, the intimate mechanisms leading to impaired coagulation and the timing of their activation are unclear. The aim of the study was to investigate the factors that initiate the coagulation cascade in the early hours (up to 48 h) of clinical manifestation of paroxysmal atrial fibrillation (PAF).

Hemocoagulation changes were observed even < 6 h after the onset of the disease. They suggest that PAF has an early tendency for hypercoagulability, with the involvement of the intrinsic and extrinsic pathways of coagulation.

One of the major clinical problems that outlines atrial fibrillation (AF) is the significant risk of cardioembolic events. At their core is the formation of left atrial appendage thrombus. Undoubtedly, the process is multifactorial and not only associated with a left atrial blood flow disorder and its structural remodeling. Significant changes in a number of hemostasis indicators have also been identified. In this regard, a conducted immunohistochemical study of left atrial appendage in AF patients showed fibrin abundance, significantly exceeding platelet content [7]. This fact greatly clarifies the pathophysiology of AF-related thrombus formation, giving reason to believe that impaired blood coagulation plays a leading role in thromboembolic events in AF.

Over the last two decades, there have been significant changes in the understanding of the blood coagulation process. The classic cascade model, introduced by Macfarlane, Davie and Ratnoff back in 1964, identifies two activation pathways: an extrinsic (initiated by tissue factor (TF)) and an intrinsic pathway (initiated by coagulation factor XII (FXII)), which function separately and are capable of independently inducing the formation of fibrin thrombi. However, clinical observations have shown that this model does not accurately reflect in vivo hemocoagulation. Therefore, a new hypothesis has been proposed, in which a key point is a clear distinction between physiological activation and pathological thrombosis. The two processes are defined as qualitatively different with different regulatory mechanisms. In healthy people, the coagulation cascade is constantly activated externally. Under the initiating action of the TF/FVIIa complex, low levels of activated coagulation factors are generated mainly outside the blood vessels, which impedes the completion of coagulation. However, in conditions of thrombosis, the internal coagulation pathway is activated as a rule. The activated FXII (FXIIa) and FXI (FXIa) factors in in vitro conditions stimulate additional thrombin synthesis, which in turn provides for the propagation and stabilization of thrombi. Therefore, the modern model of hemocoagulation considers the simultaneous activation of both pathways of the coagulation cascade as an integral part of the thrombus formation.

Despite significant developments in the basic understanding of hemocoagulation, there is still uncertainty about the exact pathophysiological mechanisms that initiate the coagulation cascade in thrombotic conditions. After clinical studies have shown normal hemostatic capacity and absence of abnormal bleeding in congenital FXII deficiency, the involvement of FXII in in vivo coagulation remains controversial. In this sense, we can say that the intimate mechanisms that determine the tendency for hypercoagulability in AF remain unclear. There is also no clear answer when they are activated in time. Clinical evidence indicates that, although lower, thrombotic risk is observed not only in the persistent form of the disease but also in paroxysmal atrial fibrillation (PAF). This determines the scientific and clinical interest in coagulation changes occurring in short episodes of the disease. So far, data on coagulation activity in the early hours of PAF are conflicting. For example, elevated levels of fibrinopeptide A, thrombin-antithrombin III complex, d-dimer and others have been reported in some studies. Other studies did not find changes in the fibrin coagulation system in PAF. Clarifying these details would undoubtedly lead to refinement of the anticoagulant approach in patients with PAF.

The aim of the study was to investigate the intimate mechanisms that initiate the coagulation cascade in the early hours (up to 48 h) of the clinical manifestation of PAF.

The subjects of the study were patients with a PAF episode < 48 h before hospitalization, who clearly indicated its onset as “palpitations”. The diagnosis was accepted after verifying it from an electrocardiogram (ECG) record. Of the 338 patients screened, 51 (26 men and 25 women) with a mean age of 59.84 ± 11.42 years (31 – 77 years) were sequentially selected. Two hundred eighty-seven patients were dropped because of exclusion criteria (see below).

A control group of volunteers with no anamnestic or electrocardiographic AF data were formed. For this purpose, 169 outpatients, who had visited their general practitioner (GP) for an annual check-up, were screened. Of these, 52 (26 men and 26 women) were included in the study. Their mean age was 59.50 ± 10.53 years (30 – 76 years). The above-mentioned exclusion criteria were applied.

The patients and control group were equalized by gender, age, body mass index (BMI), deleterious habits, comorbidities and their treatment to eliminate their effect on the hemostatic profile.

The clinical study was conducted at the First Cardiology Clinic of the University Hospital Saint Marina, Varna, Bulgaria after approval by the local ethics committee (Institutional Reviewer Board Approval 9/14.10.2010). The study was carried out in accordance with the Declaration of Helsinki for the period from October 2010 to May 2012.

Peripheral venous blood was collected once in each selected patient immediately after hospitalization prior to initiation of drug treatment. Controls were also examined once.

Collection and storage of blood samples

The indicators were examined in venous blood obtained after peripheral venipuncture (left or right cubital vein). Blood samples were collected in coagulation 3.2% sodium citrate tubes (VACUETTE, Greiner Bio-One North America, Inc.). Subsequently, they were centrifuged at 2,500 rpm for 15 min, and the resulting plasma was separated and stored according to the manufacturer’s requirements for the tests used.

Each indicator was examined twice and the arithmetic mean was taken into account.

Continuous variables were expressed as mean ± standard deviation (SD) and categorical variables were expressed as percentage of the total group. Two-tailed Student’s t-test for independent samples was used to compare quantitative variables. Fisher’s exact or Pearson’s Chi-square tests were used to compare categorical variables and occurrence frequency. Values P < 0.05 were adopted for statistically significant. Linear regression analysis was used to analyze the association between the dependent variables TF level, FVIIa, FXIIa and FXIa and the duration of PAF episode. The relationship between hemostatic indicators and the categorical independent variable CHA2DS2-VASc score was examined using analysis of variance (ANOVA). STATISTICA 13.3.0 (StatSoft Inc., USA) software package was used for all statistical analysis.

Clinical Characteristics of the Participants
Open in a separate window

Echocardiographic Evaluation of the Participants
Open in a separate window 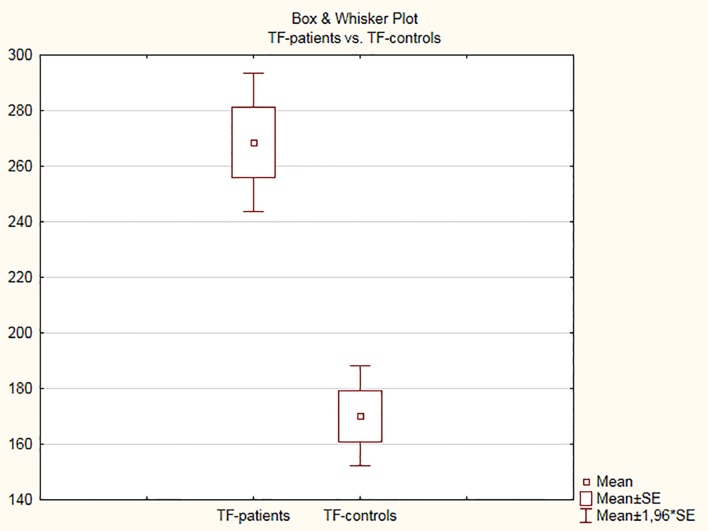 Tissue factor levels in plasma in the control and patient groups. 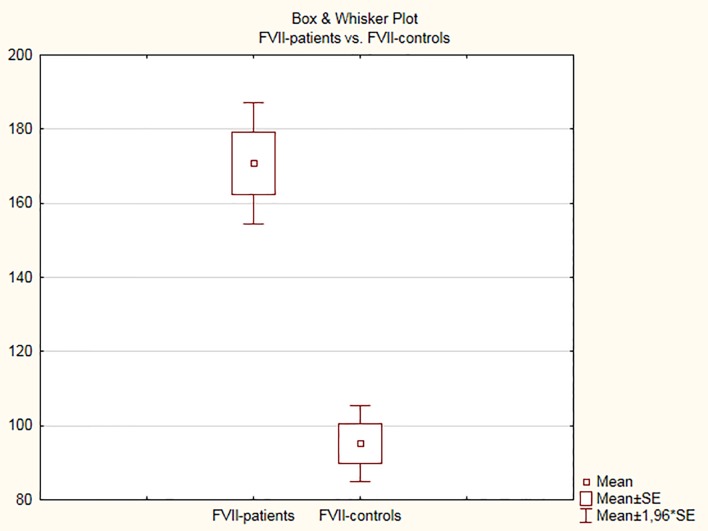 FVII coagulation activity in the control and patient groups. 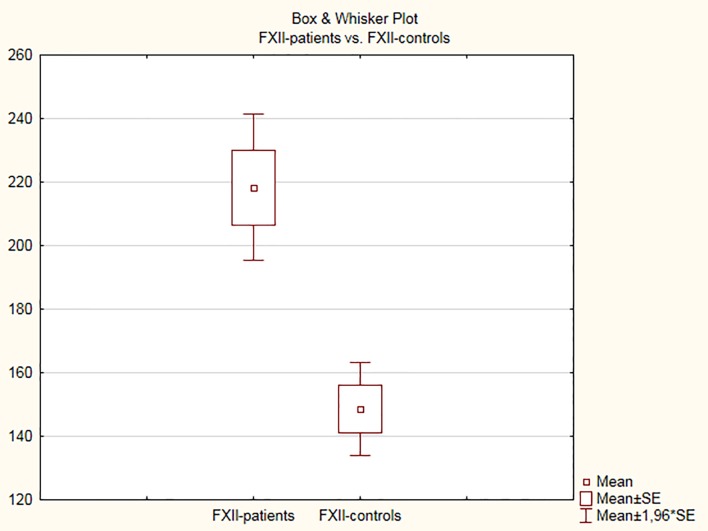 FXII coagulation activity in the control and patient groups. 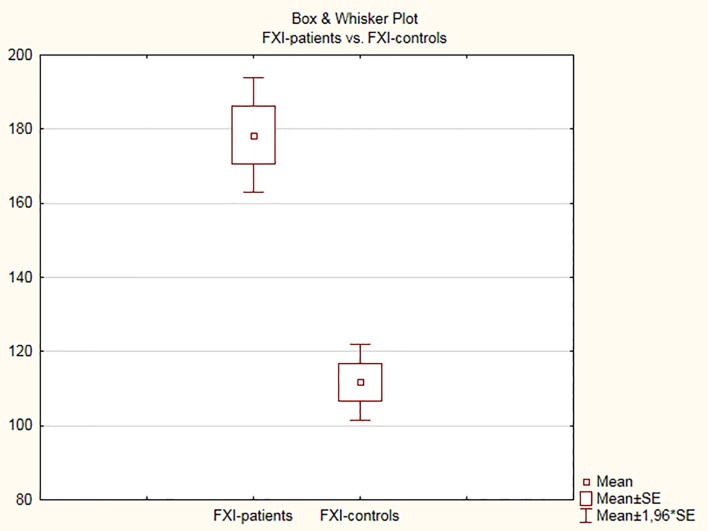 FXI coagulation activity in the control and patient groups. 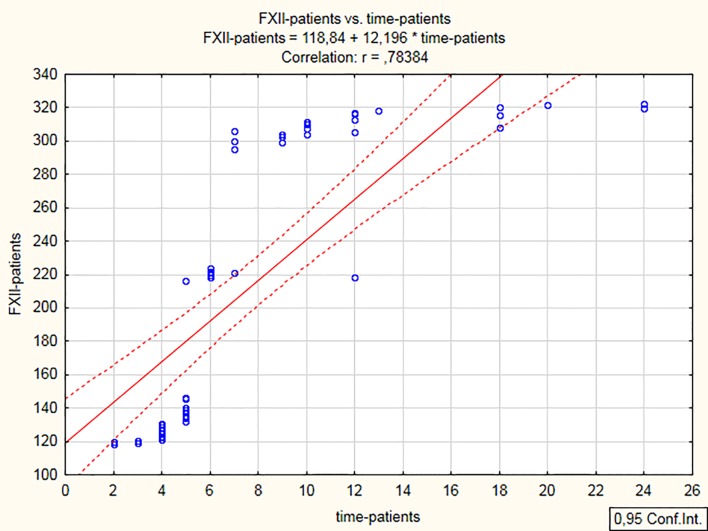 Open in a separate window
Figure 6

Changes in FXIIa during the first 6 h of the clinical manifestation of PAF. PAF: paroxysmal atrial fibrillation. 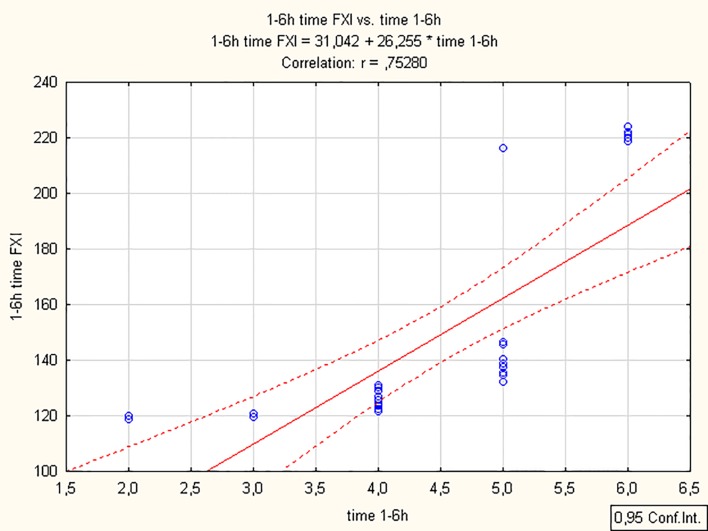 Open in a separate window
Figure 7

Changes in FXIa during the first 6 h of the clinical manifestation of PAF. PAF: paroxysmal atrial fibrillation. 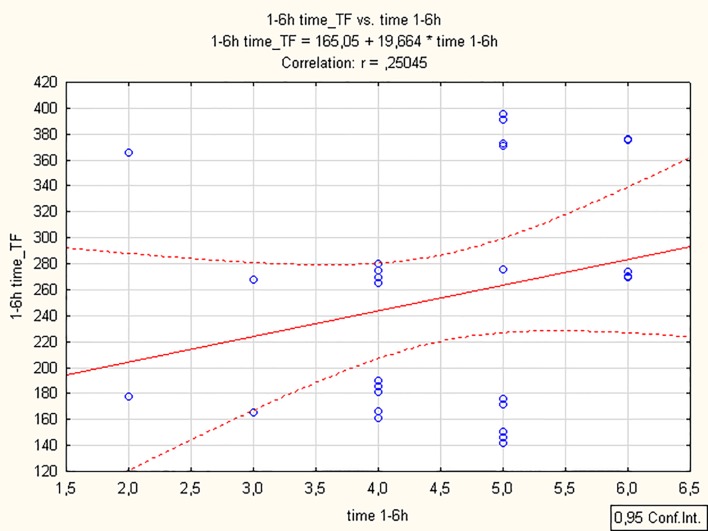 Open in a separate window
Figure 8 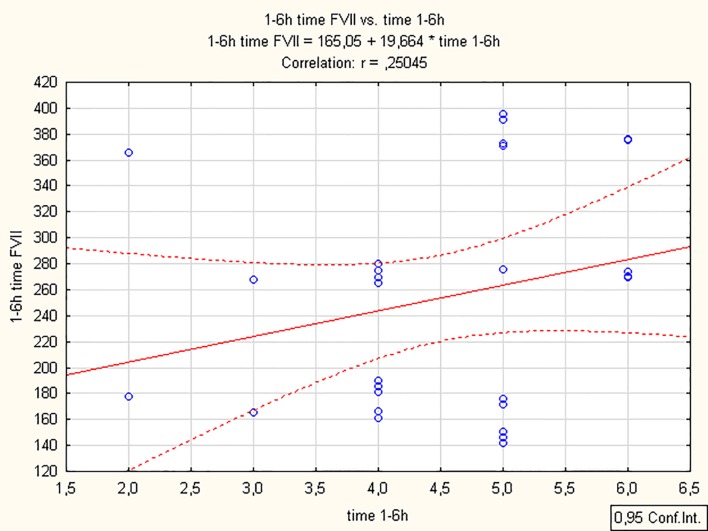 Open in a separate window
Figure 9

Changes in FVIIa during the first 6 h of the clinical manifestation of PAF. PAF: paroxysmal atrial fibrillation.